My wife and I have been to  Michael Solomonov’s  Zahav on a couple of previous occasions.  Any night at Zahav is a great night; the food, atmosphere, and the service are all stellar, truly one of the best all around dining experiences I have ever had. The only thing that could make it better is sharing the experience with some of our good friends. That is just what we did earlier this week.  We called over a month ago, a standard wait time for a reservation here, and informed them that there will be six vegan diners! 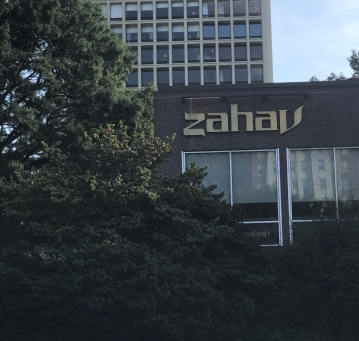 The staff and kitchen are super accommodating with vegan options and letting them know ahead of time gives them the opportunity to have the redacted version of their standard menu ready to go for your vegan party! The atmosphere of the restaurant is upscale yet welcoming, warm, and comfortable.  Perfect for a special occasion or a casual date night. 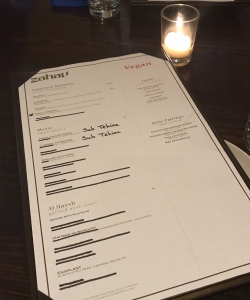 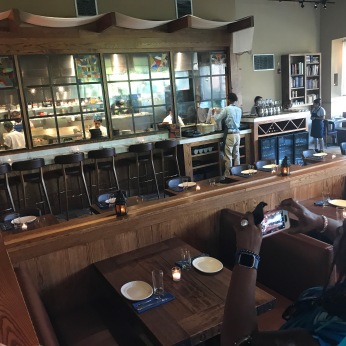 We were seated in a smaller section of the restaurant with a very large comfortable table for six. Our server, Maro, quickly greeted us and confirmed that we were all vegan. When we said yes, he suggested the tasting menu so that we all would get to try each vegan option they had on the menu. He also said he was going to have a confab with Chef Matt to see if there was anything additional, off menu, items they could provide. We all ordered drinks. They have a good wine and beer selection and very innovative and well done cocktails! I kept it simple and went with a Brooklyn East IPA!

Service begins with a small dish of pickled vegetables and the always anticipated Salatim & hummus with laffa bread. Tonight’s Salatim – six daily vegetable salads –  were comprised of beets, fennel, cabbage, string beans, carrots, and roasted eggplant. Hard pressed to pick a favorite – but the eggplant is outstanding! The hummus here is already a Philadelphia legend.  Rich and creamy with the silkiest of textures and full flavor – we were served the standard tehina version along with a special pickled veg topped version especially prepared for our table.  Served along with this is a zaatar spiced flat bread – laffa – which is cooked in their wood burning oven!

The rest of the plates came out at a steady but very comfortable pace – never felt rushed, just laughed with friends, sipped my beer and enjoyed the next course – Mezze, or appetizer (small plates) 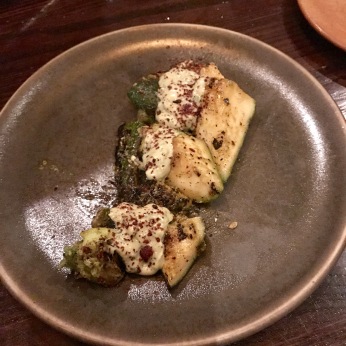 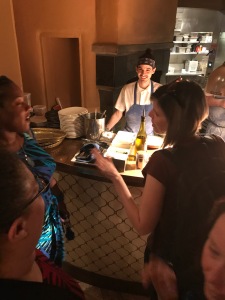 Laying down the law: Change nothing & add the pumpkin dish to the menu!

Then it was onto the Al Ha’esh or Entree Course: 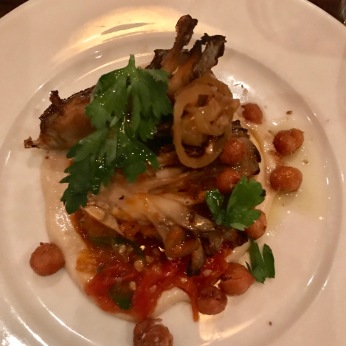 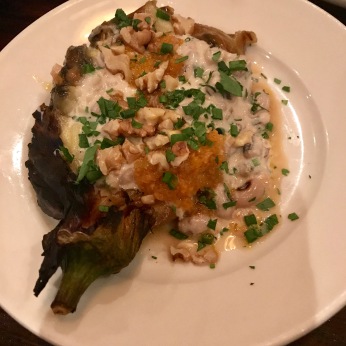 And to round off a perfect meal the kitchen served up two spectacular desserts.  The first was a plate of apple and fig slices covered with almonds and coconut shavings on a bed of the best berry sauce I have ever had! Then it was followed by a bowl of lemon sorbet with pickled watermelon. It was so refreshing and light yet packed with flavor.  Perfect way to end a fantastic meal with some of the best people I know. 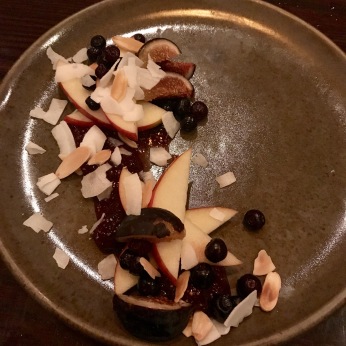 It was such a great time, we didn’t get up from the table before making reservations for November!  We can’t wait – and neither should you…so a tip, get there when they open and snag a seat at the bar (no reservation needed!), order a cold beer or tall glass of wine and a few Mezze plates and enjoy!  Also, check out Carlo and Carmela, two of my friends who were part of the Vegan Six, on their Instagram for some more photos of the night’s meal!